Can a Woman Rape a Man and Why Does It Matter? 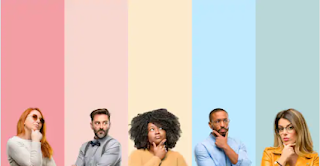 Under current UK legislation, only a man can commit rape. This paper argues that this is an unjustified double standard that reinforces problematic gendered stereotypes about male and female sexuality. I first reject three potential justifications for making penile penetration a condition of rape: (1) it is physically impossible for a woman to rape a man; (2) it is a more serious offence to forcibly penetrate someone than to force them to penetrate you; (3) rape is a gendered crime. I argue that, as these justifications fail, a woman having sex with a man without his consent ought to be considered rape. I then explain some further reasons that this matters. I argue that, not only is it unjust, it is also both a cause and a consequence of harmful stereotypes and prejudices about male and female sexuality: (1) men are ‘always up for sex’; (2) women’s sexual purity is more important than men’s; (3) sex is something men do to women. Therefore, I suggest that, if rape law were made gender neutral, these stereotypes would be undermined and this might make some (albeit small) difference to the problematic ways that sexual relations are sometimes viewed between men and women more generally.

3 Final Thoughts on Gender and Rape

The belief that a woman cannot rape a man, therefore, might be both a cause and a consequence of these kinds of harmful gendered stereotypical beliefs:

(a) Sex is something that men do to women.
(b) This is, in part, because men have an uncontrollable desire for sex; women are less bothered about sex.
(c) Due to men’s uncontrollable desire for sex, women must moderate their behaviour so that they don’t tempt men to rape them.
(d) Men are sexually aggressive/dominant (or should be); women are not  (or shouldn’t be).
(e) A woman’s worth is determined, in part, by her sexual purity; a man’s worth is determined, in part, by his sexual prowess.

Of course, these beliefs are outdated, and not held by all people. However, they are pervasive and we do see remnants of them in parts of Western society and in some non‑Western cultures.