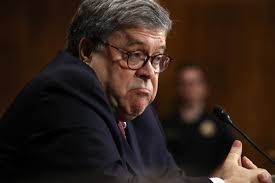 When lots of people in a given society stop being religious of their own accord, such organic secularization does not result in the evaporation of morality in society, nor national decay. For instance, the most secular countries in the world today fare much better on nearly every measure of peace, prosperity, and societal well-being — including infant mortality, life expectancy, educational attainment, economic prosperity, freedom, levels of corruption, and so forth — than the most religious countries. In fact, those countries with the highest murder rates — such as Jamaica, Honduras, Guatemala, Colombia, and Brazil — are extremely religious, while those countries with the lowest murder rates — such as Iceland, Canada, Slovenia, Norway, and the Netherlands — are among the most secular nations in the world. Heck, Singapore and the Czech Republic are among the least religious nations on earth, while Brazil and the Philippines are among the most God-worshipping, yet the latter’s murder rates are over ten times higher than the former’s, and the crime rate of never-been-Christian, strongly secular Japan is 80 times lower than El Salvador’s, a Catholic nation neck-deep in worship of Barr’s “Supreme Transcendent Being.”

Of course, such correlations don’t prove that secularism causes these more positive outcomes experienced by less religious societies. But they do knock the knees out of Barr’s thesis that secularism is a destructive force. For if secularism resulted in moral deterioration, then highly secular societies would be decaying bastions of crime and misery, while the strongly religious would be shining beacons of liberty and harmony. But we find just the opposite reality: the nations with the best overall quality of life are among the most secular countries in the world. And while numerous factors account for the differing degrees of societal well-being — factors that have nothing to do with religion or secularism — that’s exactly the point. Societies thrive or fail because of their social policies, laws, economic opportunities, civil institutions, and government regulations — not because of their faith in God, or lack thereof.