A Sober Second Thought? A Pre-Registered Experiment on the Effects of Mindfulness Meditation on Political Tolerance 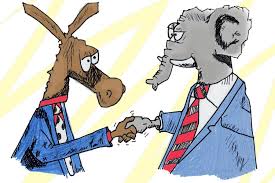