Are We Causing Moral Injury to Our Physician Workforce? 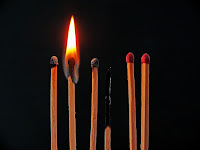 The term moral injury was coined by psychiatrist Jonathan Shay, MD PhD, who, while working at a Veterans Affairs hospital, noted that moral injury is present when 1) there is a betrayal of what is considered morally correct, 2) by someone who holds legitimate authority (conceptualized by Shay as “leadership malpractice”), and 3) in a high-stakes situation (Shay and Monroe 1998). Nash and Little (2013) went on to propose a model that identified the types of war-zone events that contributed to moral injury as witnessing events that are morally wrong (or strongly contradicted one’s own moral code), acting in ways that violate moral values, or feeling betrayed by those who were once trusted. In a fascinating study using the Moral Injury Event Scale and resting-state functional magnetic resonance imaging (fMRI), Sun and colleagues (2019) were able to discern a distinct pattern of altered functional neural connectivity in soldiers exposed to morally injurious events. In fact, functional connectivity between the left inferior parietal lobule and bilateral precuneus was positively related with the soldiers’ post-traumatic stress disorder (PTSD) symptoms and negatively related with scores on the Moral Injury Event Scale.

Moral injury has been recently applied as a construct for physician burnout. Those who argue for this framework propose that structural and cultural factors have contributed to physician burden by undervaluing physicians and over-relying on financial metrics (such as relative value units, RVUs) as the primary surrogate of physician productivity (Nurok and Gewertz 2019). Turner (2019) recently compared the military experience to that of physician providers. While one may draw similarities between the front line of healthcare delivery and that experienced by soldiers, Turner argues that a fundamental tenet of military leadership - that leaders eat last – provides effective support for the health of the workforce. In increasingly large healthcare organizations managed by administrators who may be distant from the front line and reliant on metrics of productivity, the necessary sense of empathy and support from leadership can seem lacking.