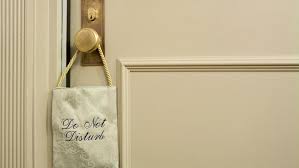 Religion encourages people to reason about moral issues deontologically rather than on the basis of the perceived consequences of specific actions. However, recent theorizing suggests that religious people’s moral convictions are actually quite strategic (albeit unconsciously so), designed to make their worlds more amenable to their favored approaches to solving life’s basic challenges. In six experiments, we find that religious cognition places a “sex premium” on moral judgments, causing people to judge violations of conventional sexual morality as particularly objectionable. The sex premium is especially strong among highly religious people, and applies to both legal and illegal acts. Religion’s influence on moral reasoning, even if deontological, emphasizes conventional sexual norms, and may reflect the strategic projects to which religion has been applied throughout history.

How does the sex premium in religiously motivated moral judgment arise during development? We see three plausible pathways. First, society’s vectors for religious cultural learning may simply devote more attention to sex and reproduction than to prosociality when they seek to influence others’ moral stances. Conservative preachers, for instance, devote more time to issues of sexual purity than do liberal preachers, and religious parents discuss the morality of sex with their children more frequently than do less religious parents, even though they discuss sex with their children less frequently overall. Second, strong emotions facilitate cultural learning by improving attention, memory, and motivation, and few human experiences generate stronger emotions than do sex and reproduction. If the emotions that regulate sexual attraction, arousal, and avoidance (e.g., sexual disgust) are stronger than those that regulate prosocial behavior (e.g., empathy; moralistic anger), then the sex premium documented here may emerge from the fact that religiously motivated sexual moralists can create more powerful cultural learning experiences than prosocial moralists can.  Finally, given the extreme importance of sex and reproduction to fitness, the children of religiously adherent adults may observe that violations of local sexual standards to evoke greater moral outrage and condemnation from third parties than do violations of local standards for prosocial behavior.