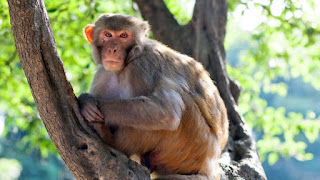 Earlier this year, scientists at the Kunming Institute of Zoology of the Chinese Academy of Sciences announced they had inserted a human gene into embryos that would become rhesus macaques, monkeys that share about 93 percent of their DNA with humans. The research, which was designed to give experts a better understanding of human brain development, has sparked controversy over whether this type of experimentation is ethical.

Some scientists believe that it is time to use human-monkey animals to pursue new insights into the progression of diseases such as Alzheimer’s. These genetically modified monkeys are referred to as chimeras, which are named after a mythical animal that consists of parts taken from various animals.

A resource guide on the science and ethics of chimeras written by Yale University researchers suggests that it is time to “cautiously” explore the creation of human-monkey chimeras.

“The search for a better animal model to stimulate human disease has been a ‘holy grail’ of biomedical research for decades,” the Yale team wrote in Chimera Research: Ethics and Protocols. “Realizing the promise of human-monkey chimera research in an ethically and scientifically appropriate manner will require a coordinated approach.”

A team of experts led by Dr. Douglas Munoz of Queen’s University has been studying the onset of Alzheimer’s disease in monkeys by using injections of beta-amyloid. The accumulation of this protein in the brain is believed to kill nerve cells and initiate the degenerative process.