The “Fake News” Effect: An Experiment on Motivated Reasoning and Trust in News 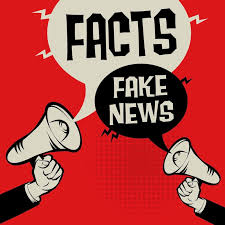 When people receive information about controversial issues such as immigration policies, upward mobility, and racial discrimination, the information often evokes both what they currently believe and what they are motivated to believe. This paper theoretically and experimentally explores the importance in inference of this latter channel: motivated reasoning. In the theory of motivated reasoning this paper develops, people misupdate from information by treating their motivated beliefs as an extra signal. To test the theory, I create a new experimental design in which people make inferences about the veracity of news sources. This design is unique in that it identifies motivated reasoning from Bayesian updating and confirmation bias, and doesn’t require elicitation of people’s entire belief distribution. It is also very portable: In a large online experiment, I find the first identifying evidence for politically-driven motivated reasoning on eight different economic and social issues. Motivated reasoning leads people to become more polarized, less accurate, and more overconfident in their beliefs about these issues.

One interpretation of this paper is unambiguously bleak: People of all demographics similarly motivatedly reason, do so on essentially every topic they are asked about, and make particularly biased inferences on issues they find important. However, there is an alternative interpretation: This experiment takes a step towards better understanding motivated reasoning, and makes it easier for future work to attenuate the bias. Using this experimental design, we can identify and estimate the magnitude of the bias; future projects that use interventions to attempt to mitigate motivated reasoning can use this estimated magnitude as an outcome variable. Since the bias does decrease utility in at least some settings, people may have demand for such interventions.