Campuses Are Short on Mental-Health Counselors. But They’ve Got Plenty of Antidepressants. 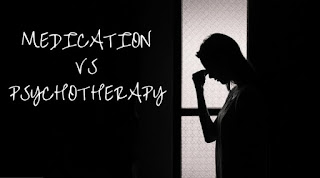 A Potential for Lopsided Treatment

It is generally accepted that the most effective treatment for medium-to-severe depression is a mix of therapy and medication. But on most college campuses, it’s easier to get the latter than the former.

A student experiencing symptoms of depression who wants to see a counselor may have to wait weeks. The average wait for a first-time appointment among all college counseling centers is about seven business days, according to a report by the Association for University and College Counseling Center Directors. And nearly two-thirds of counseling directors whose centers offer psychiatric services say they need “more hours of psychiatric services than they currently have to meet student needs,” according to the same report.

On many campuses, the path to a prescription is simpler. A student can walk into a campus clinic where a medical employee can administer an evaluation called the PHQ-9, a nine-question rubric, commonly used across medicine, that assesses the patient's well-being with questions like, “Have you been feeling blue for the last two weeks?” and “Have you experienced thoughts of suicide?”

Based on the student’s evaluation score, psychologists can direct them toward medication or therapy, or both, based on the severity of their symptoms. Some students are seeking mental health resources with a driving force of “instant relief,” said Gregory Eells, executive director of Counseling and Psychological Services at the University of Pennsylvania and the president-elect of Aucccd.

So they tell their physician what they want, Eells said, rather than inquiring about what they need.

It’s common, experts say, for a patient to leave the first visit with a prescription for an antidepressant.

“Most students come in knowing one thing: They want help,” said William E. Neighbor, clinical professor of family medicine at the University of Washington Hall Health Center. “They are interested in medications because most have friends who have been on them.”