Deep Ethics: The Long-Term Quest to Decide Right from Wrong 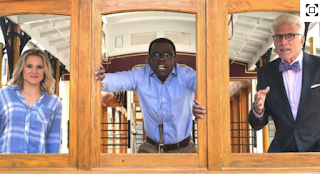 Our sense of right and wrong goes back a long way, so it can be helpful to distinguish between ethics and “morality”. Morality is an individual’s, largely intuitive and emotional, sense of how they should treat others. It has probably existed for hundreds of thousands of years, and maybe even in other species. Ethics, on the other hand, is a formalised set of principles that claim to represent the truth about how people should behave. For instance, while almost everyone has a strong moral sense that killing is wrong and that it simply “mustn’t be done”, ethicists have long sought to understand why killing is wrong and under what circumstances (war, capital punishment, euthanasia) it may still be permissible.

Put a small group of people together in relative isolation and this natural moral sense will usually be enough to allow them to get along. However, at some point in our history, human societies became so large and complex that new principles of organisation were needed. Originally these were likely simple buttresses to our pre-existing emotions and intuitions: invoking a supernatural parent might bring together multiple kinship groups or identifying a common enemy might keep young men from fighting each other.

However, such buttresses are inherently unstable and attempts to codify more enduring principles began shortly after our ancestors began to form stable states. From the earliest written accounts, we see appeals to what are recognisably ethical values and principles.