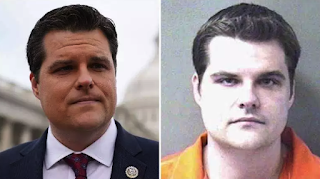 The House Ethics Committee announced Friday it would establish an investigative subcommittee to review whether the Florida Republican, a staunch ally of the president, sought to intimidate Cohen before he testified before the House Oversight and Reform panel. The Ethics Committee had sought an interview with Gaetz, but he declined, triggering the investigation.

“If members of Congress want to spend their time psychoanalyzing my tweets, it’s certainly their prerogative,” Gaetz said in an emailed statement. “I won’t be joining them in the endeavor.”

Maryland Democrat Anthony G. Brown will serve as the chairman of the investigative subcommittee, while Mississippi RepublicanMichael Guest will be the ranking member. The panel will have the power to issue subpoenas in its pursuit of information, documents and interviews.