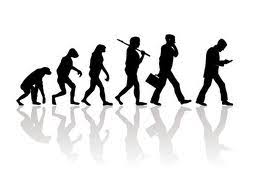 Decades of research suggest that our political differences are best captured by two dimensions of political ideology: economic and social conservatism. The dual evolutionary framework of political ideology predicts that these dimensions should be related to variation in general preferences for cooperation and group conformity. Here, we show that, controlling for a host of demographic covariates, a general cooperative preference captured by a suite of incentivised economic games (the "cooperative phenotype") is indeed negatively correlated with two widely-used measures of economic conservatism - Social Dominance Orientation and Schwartz's altruistic vs. self-enhancement values. The cooperative phenotype also predicts political party support and economically progressive views on political issues like income redistribution, welfare, taxation, and environmentalism. By contrast, a second "norm-enforcing punishment" dimension of economic game behaviour, expected to be a proxy for social conservatism and group conformity, showed no reliable relationship with political ideology. These findings reveal how general social preferences that evolved to help us navigate the challenges of group living continue to shape our political differences even today.

As predicted by the dual evolutionary framework of political ideology we found that the cooperative phenotype captured by our economic games negatively covaried with two widely-used measures of economic conservatism: Social Dominance Orientation and Schwartz’s altruistic vs. self-enhancement values. This builds upon previous studies identifying negative correlations between SDO and cooperative behaviour and between altruistic values and cooperative behaviour. The small-to-medium effect size for the relationship between SDO and the general cooperative preference (semi-partial r = 0.24) is comparable to the effect size found in a recent meta-analysis of personality traits and economic game behaviour. Our results suggest that previous correlations between measures of economic conservatism and gameplay have emerged because of an underlying relationship between economic conservatism and a general cooperative preference, rather than because of idiosyncratic features of particular conservatism measures or particular games.