Neurotechnology can already read minds: so how do we protect our thoughts? 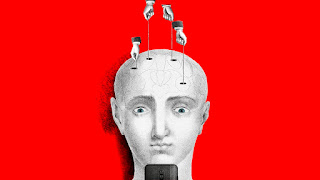 Rafael Yuste
El Pais
Originally posted 11 Sept 20
Here is an excerpt:
On account of these and other developments, a group of 25 scientific experts – clinical engineers, psychologists, lawyers, philosophers and representatives of different brain projects from all over the world – met in 2017 at Columbia University, New York, and proposed ethical rules for the use of these neurotechnologies. We believe we are facing a problem that affects human rights, since the brain generates the mind, which defines us as a species. At the end of the day, it is about our essence – our thoughts, perceptions, memories, imagination, emotions and decisions.
To protect citizens from the misuse of these technologies, we have proposed a new set of human rights, called “neurorights.” The most urgent of these to establish is the right to the privacy of our thoughts, since the technologies for reading mental activity are more developed than the technologies for manipulating it.
To defend mental privacy, we are working on a three-pronged approach. The first consists of legislating “neuroprotection.” We believe that data obtained from the brain, which we call “neurodata,” should be rigorously protected by laws similar to those applied to organ donations and transplants. We ask that “neurodata” not be traded and only be extracted with the consent of the individual for medical or scientific purposes.
This would be a preventive measure to protect against abuse. The second approach involves the proposal of proactive ideas; for example, that the companies and organizations that manufacture these technologies should adhere to a code of ethics from the outset, just as doctors do with the Hippocratic Oath. We are working on a “technocratic oath” with Xabi Uribe-Etxebarria, founder of the artificial intelligence company Sherpa.ai, and with the Catholic University of Chile.
The third approach involves engineering, and consists of developing both hardware and software so that brain “neurodata” remains private, and that it is possible to share only select information. The aim is to ensure that the most personal data never leaves the machines that are wired to our brain. One option is to systems that are already used with financial data: open-source files and blockchain technology so that we always know where it came from, and smart contracts to prevent data from getting into the wrong hands. And, of course, it will be necessary to educate the public and make sure that no device can use a person’s data unless he or she authorizes it at that specific time.
The info is here.