AI ethics groups are repeating one of society’s classic mistakes 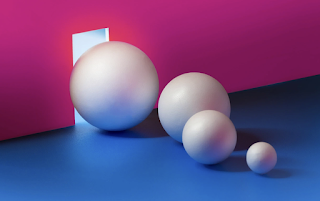 Unfortunately, as it stands today, the entire field of AI ethics is at grave risk of limiting itself to languages, ideas, theories, and challenges from a handful of regions—primarily North America, Western Europe, and East Asia.

This lack of regional diversity reflects the current concentration of AI research (pdf): 86% of papers published at AI conferences in 2018 were attributed to authors in East Asia, North America, or Europe. And fewer than 10% of references listed in AI papers published in these regions are to papers from another region. Patents are also highly concentrated: 51% of AI patents published in 2018 were attributed to North America.

Those of us working in AI ethics will do more harm than good if we allow the field’s lack of geographic diversity to define our own efforts. If we’re not careful, we could wind up codifying AI’s historic biases into guidelines that warp the technology for generations to come. We must start to prioritize voices from low- and middle-income countries (especially those in the “Global South”) and those from historically marginalized communities.

Advances in technology have often benefited the West while exacerbating economic inequality, political oppression, and environmental destruction elsewhere. Including non-Western countries in AI ethics is the best way to avoid repeating this pattern.

The good news is there are many experts and leaders from underrepresented regions to include in such advisory groups. However, many international organizations seem not to be trying very hard to solicit participation from these people. The newly formed Global AI Ethics Consortium, for example, has no founding members representing academic institutions or research centers from the Middle East, Africa, or Latin America. This omission is a stark example of colonial patterns (pdf) repeating themselves.