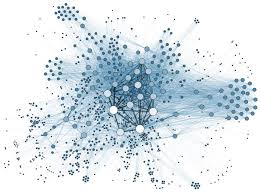 Decades of research conducted in Western, Educated, Industrialized, Rich, & Democratic (WEIRD) societies have led many scholars to conclude that the use of mental states in moral judgment is a human cognitive universal, perhaps an adaptive strategy for selecting optimal social partners from a large pool of candidates. However, recent work from a more diverse array of societies suggests there may be important variation in how much people rely on mental states, with people in some societies judging accidental harms just as harshly as intentional ones. To explain this variation, we develop and test a novel cultural evolutionary theory proposing that the intensity of kin-based institutions will favor less attention to mental states when judging moral violations. First, to better illuminate the historical distribution of the use of intentions in moral judgment, we code and analyze anthropological observations from the Human Area Relations Files. This analysis shows that notions of strict liability—wherein the role for mental states is reduced—were common across diverse societies around the globe. Then, by expanding an existing vignette-based experimental dataset containing observations from 321 people in a diverse sample of 10 societies, we show that the intensity of a society's kin-based institutions can explain a substantial portion of the population-level variation in people's reliance on intentions in three different kinds of moral judgments. Together, these lines of evidence suggest that people's use of mental states has coevolved culturally to fit their local kin-based institutions. We suggest that although reliance on mental states has likely been a feature of moral judgment in human communities over historical and evolutionary time, the relational fluidity and weak kin ties of today's WEIRD societies position these populations' psychology at the extreme end of the global and historical spectrum.

General Discussion
We have argued that some of the variation in the use of mental states in moral judgment can be explained as a psychological calibration to the social incentives, informational constraints, and cognitive demands of kin-based institutions, which we have assessed using our construct of kinship intensity. Our examination of ethnographic accounts of norms that diminish the importance of mental states reveals that these are likely common across the ethnographic record, while our analysis of data on moral judgments of hypothetical violations from a diverse sample of ten societies indicates that kinship intensity is associated with a reduced tendency to rely on intentions in moral judgment. Together, these lines of ethnographic and psychological inquiry provide evidence that (i) the heavy reliance of contemporary, WEIRD populations on intentions is likely neither globally nor historically representative, and (ii) kinship intensity may explain some of the population-level variation in the use of mental-state reasoning in moral judgment.