Psychotherapy With Suicidal Patients Part 2: An Alliance Based Intervention for Suicide 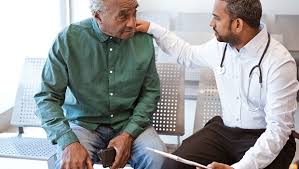 There is no magic in ABIS (Alliance Based Intervention for Suicide), and it will not work in all cases, but these principles are effective in making suicide an interpersonal issue with meaning in the relationship. This allows direct engagement of the issue of suicide in the therapeutic relationship and direct discussion of the central question of whether the patient can and will commit to the work. ABIS supports the therapist in efforts to assess whether the therapist has the will and the wherewithal to meet the patient’s anger and hate, as manifested by suicide, as fully as the therapist is prepared to meet the patient’s love and attachment. Neither side of the transference alone is adequate in work with suicidal patients.

There are no randomized trials of ABIS, but it is a way of working that has evolved at Austen Riggs over the course of a hundred years. In a study of previously suicidal patients at Riggs, at an average of 7 years after admission, 75% were free of suicidal behavior as an issue in their lives.6 These patients were considered “recovered” rather than “in remission,” using the same slope-intercept mathematical modeling as in cancer research. These findings offer encouraging support for the value of ABIS as an intervention to add to psychodynamic psychotherapy as a way to establish and maintain a viable therapeutic alliance with suicidal patients.