A Theory of Moral Praise 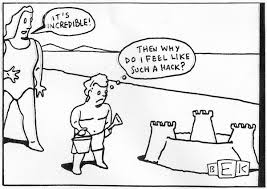 How do people judge whether someone deserves moral praise for their actions?  In contrast to the large literature on moral blame, work on how people attribute praise has, until recently, been scarce. However, there is a growing body of recent work from a variety of subfields in psychology (including social, cognitive, developmental, and consumer) suggesting that moral praise is a fundamentally unique form of moral attribution and not simply the positive moral analogue of
blame attributions. A functional perspective helps explain asymmetries in blame and praise: we propose that while blame is primarily for punishment and signaling one’s moral character, praise is primarily for relationship building.

Moral praise, we have argued, is a psychological response that, like other forms of moral judgment,
serves a particular functional role in establishing social bonds, encouraging cooperative alliances,
and promoting good behavior. Through this lens, seemingly perplexing asymmetries between
judgments of blame for immoral acts and judgments of praise for moral acts can be understood
as consistent with the relative roles, and associated costs, played by these two kinds of moral
judgments. While both blame and praise judgments require that an agent played some causal
and intentional role in the act being judged, praise appears to be less sensitive to these features
and more sensitive to more general features about an individual’s stable, underlying character
traits. In other words, we believe that the growth of studies on moral praise in the past few years
demonstrate that, when deciding whether or not doling out praise is justified, individuals seem to
care less on how the action was performed and far more about what kind of person performed
the action. We suggest that future research on moral attribution should seek to complement
the rich literature examining moral blame by examining potentially unique processes engaged in
moral praise, guided by an understanding of their differing costs and benefits, as well as their
potentially distinct functional roles in social life.