The pros and cons of having sex with robots 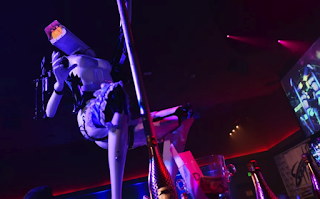 When people have this idea of a sex robot, they think it’s going to look like a human being, it’s gonna walk around and say seductive things and so on. I think that’s actually the slowest-developing part of this whole nexus of sexual technology. It will come — we are going to have realistic sex robots. But there are a few technical hurdles to creating humanoid robots that are proving fairly stubborn. Making them walk is one of them. And if you use Siri or any of those others, you know that AI is proving sort of stubbornly resistant to becoming realistic.

But I think that when you look more broadly at what’s happening with sexual technology, virtual reality in general has just taken off. And it’s being used in conjunction with something called teledildonics, which is kind of an odd term. But all it means is actual devices that you hook up to yourself in various ways that sync with things that you see onscreen. It’s truly amazing what’s going on.

When you look at the ethical or philosophical considerations, — I think there’s two strands. One is the concerns people have, and two, which I think maybe doesn’t get as much attention, in the media at least, is the potential advantages.

The concerns have to do with the psychological impact. As you saw with those Apple shareholders [who asked Apple to help protect children from digital addiction], we’re seeing a lot of concern about the impact that technology is having on people’s lives right now. Many people feel that anytime you’re dealing with sexual technology, those sorts of negative impacts really become intensified — specifically, social isolation, people cutting themselves off from the world.