CGI ‘Influencers’ Like Lil Miquela Are About to Flood Your Feeds 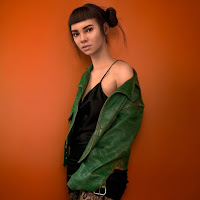 There are already a number of startups working on commercial applications for what they call “digital” or “virtual” humans. Some, like the New Zealand-based Soul Machines, are focusing on using these virtual humans for customer service applications; already, the company has partnered with the software company Autodesk, Daimler Financial Services, and National Westminster Bank to create hyper-lifelike digital assistants. Others, like 8i and Quantum Capture, are working on creating digital humans for virtual, augmented, and mixed reality applications.

And those startups’ technologies, though still in their early stages, make Lil Miquela and her cohort look positively low-res. “[Lil Miquela] is just scratching the surface of what these virtual humans can do and can be,” says Quantum Capture CEO and president Morgan Young. “It’s pre-rendered, computer-generated snapshots—images that look great, but that’s about as far as it’s going to go, as far as I can tell, with their tech. We’re concentrating on a high level of visual quality and also on making these characters come to life.”

Quantum Capture is focused on VR and AR, but the Toronto-based company is also aware that those might see relatively slow adoption—and so it’s currently leveraging its 3D-scanning and motion-capture technologies for real-world applications today.