Sam Harris and the Myth of Perfectly Rational Thought 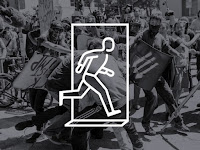 This is attribution error working as designed. It sustains your conviction that, though your team may do bad things, it’s only the other team that’s actually bad. Your badness is “situational,” theirs is “dispositional.”

Another cognitive bias—probably the most famous—is confirmation bias, the tendency to embrace, perhaps uncritically, evidence that supports your side of an argument and to either not notice, reject, or forget evidence that undermines it. This bias can assume various forms, and one was exhibited by Harris in his exchange with Ezra Klein over political scientist Charles Murray’s controversial views on race and IQ.

Most of these examples of tribal thinking are pretty pedestrian—the kinds of biases we all exhibit, usually with less than catastrophic results. Still, it is these and other such pedestrian distortions of thought and perception that drive America’s political polarization today.

For example: How different is what Harris said about Buzzfeed from Donald Trump talking about “fake news CNN”? It’s certainly different in degree. But is it different in kind? I would submit that it’s not.

When a society is healthy, it is saved from all this by robust communication. Individual people still embrace or reject evidence too hastily, still apportion blame tribally, but civil contact with people of different perspectives can keep the resulting distortions within bounds. There is enough constructive cross-tribal communication—and enough agreement on what the credible sources of information are—to preserve some overlap of, and some fruitful interaction between, world views.