The Fake Sex Doctor Who Conned the Media Into Publicizing His Bizarre Research on Suicide, Butt-Fisting, and Bestiality 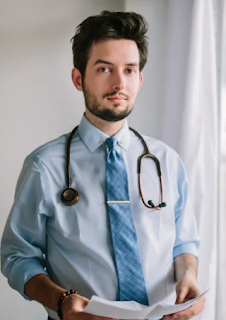 Despite Sendler’s claims that he is a doctor, and despite the stethoscope in his headshot, he is not a licensed doctor of medicine in the U.S. Two employees of the Harvard Medical School registrar confirmed to me that Sendler was never enrolled and never received a MD from the medical school. A Harvard spokesperson told me Sendler never received a PhD or any degree from Harvard University.

“I got into Harvard Medical School for MD, PhD, and Masters degree combined,” Sendler told me. I asked if he was able to get a PhD in sexual behavior from Harvard Medical School (Harvard Medical School does not provide any sexual health focuses) and he said “Yes. Yes,” without hesitation, then doubled-down: “I assume that there’s still some kind of sense of wonder on campus [about me]. Because I can see it when I go and visit [Harvard], that people are like, ‘Wow you had the balls, because no one else did that,’” presumably referring to his academic path.

Sendler told me one of his mentors when he was at Harvard Medical School was Yi Zhang, a professor of genetics at the school. Sendler said Zhang didn’t believe in him when he was studying at Harvard. But, Sendler said, he met with Zhang in Boston just a month prior to our interview. And Zhang was now impressed by Sendler’s accomplishments.

Sendler said Zhang told him in January, “Congrats. You did what you felt was right... Turns out, wow, you have way more power in research now than I do. And I’m just very proud of you, because I have people that I really put a lot of effort, after you left, into making them the best and they didn’t turn out that well.”

This is a fairly bizarre story and worth the long read.