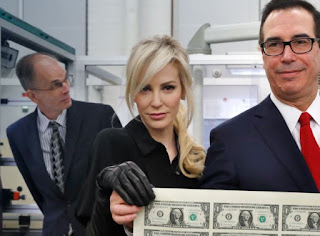 The executive branch’s chief ethics watchdogs have yet to certify Treasury Secretary Steven Mnuchin’s annual financial disclosure — an unusually lengthy delay in finalizing a document they’ve had for more than eight months.

While the Office of Government Ethics won’t publicly explain the holdup, an analysis of Mnuchin’s disclosure, which was obtained by the Center for Public Integrity, identified entries that outside ethics experts say could be the hitch.

The disclosure statement covers Mnuchin’s 2017 personal finances, and Treasury’s own ethics officials certified it after finding no conflicts of interest.

Mnuchin’s ethics agreement, negotiated when he joined the government, required him to step down from the chairmanship of Stormchaser Partners and divest his own ownership interest in it within 90 days of his confirmation in February 2017. (Mnuchin also agreed to divest dozens of other assets that ethics officials said potentially presented conflicts of interest or the appearance of one.)