Psychologists Are Standing Up Against Torture at Gitmo 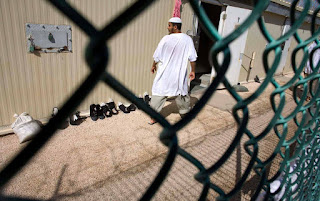 Sometimes the good guys do win. That’s what happened on August 8 in San Francisco when the Council of Representatives of the American Psychological Association (APA) decided to extend a policy keeping its members out of the US detention center at Guantánamo Bay, Cuba.

The APA’s decision is important—and not just symbolically. Today we have a president who has promised to bring back torture and “load up” Guantánamo “with some bad dudes.” When healing professionals refuse to work there, they are standing up for human rights and against torture.

It wasn’t always so. In the early days of Guantánamo, military psychologists contributed to detainee interrogations there. It was for Guantánamo that Defense Secretary Donald Rumsfeld approved multiple torture methods, including among others excruciating stress positions, prolonged isolation, sensory deprivation, and enforced nudity. Military psychologists advised on which techniques would take advantage of the weaknesses of individual detainees. And it was two psychologists, one an APA member, who designed the CIA’s whole “enhanced interrogation program.”