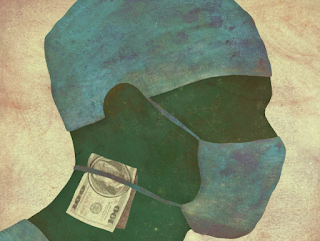 Sloan Kettering’s other leaders were well aware of these relationships. The hospital has said that it takes pains to wall off any employee involved with a given outside company from the hospital’s dealings with that company. But it’s difficult to believe that conflicts of this magnitude could have truly been worked around, given how many of them there were, and how high up on the organizational chart Dr. Baselga sat. It also strains credulity to suggest that he was the hospital’s only leader with such conflicts or with such apparent difficulty disclosing them. After the initial report, but before Dr. Baselga’s resignation, the hospital sent a letter to its entire 17,000-person staff acknowledging that the institution as a whole needed to do better. It remains to be seen what additional actions will be taken — and by whom — to repair the situation.

Financial conflicts are hardly confined to Sloan Kettering. A 2015 study in The BMJ found that a “substantial number” of academic leaders hold directorships that pay as much as or more than their clinical salaries. According to other surveys, nearly 70 percent of oncologists who speak at national meetings, nearly 70 percent of psychiatrists on the task force that ultimately decides what treatments should be recommended for what mental illnesses, and a significant number of doctors on Food and Drug Administration advisory committees have financial ties to the drug and medical device industries. As bioethicists have warned and as journal publishers have long acknowledged, not all of them report those ties when and where they are supposed to.