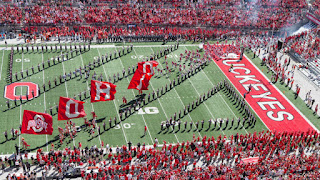 A sizable literature in management and psychology helps us understand how people become susceptible to moral biases and make choices that are inconsistent with their values and the values of their organizations. Reading the report with that lens can help leaders better understand the biases that get in the way of ethical conduct and ethical organizations.

Performance over principles. One number may surpass all other details in this case: 90%. That’s the percentage of games the team has won under Meyer as head coach since he joined Ohio State in 2012. Psychological research shows that in almost every area of life, being moral is weighted as more important than being competent. However, in competitive environments such as work and sports, the classic findings flip: competence is prized over character. Although the report does not mention anything about the team’s performance or the resulting financial and reputational benefits of winning, the program’s success may have crowded out concerns over the allegations against Smith and about the many other problematic behaviors he showed.

Unspoken values. Another factor that can increase the likelihood of making unethical decisions is the absence of language around values. Classic research in organizations has found that leaders tend to be reluctant to use “moral language.” For example, leaders are more likely to talk about deadlines, objectives, and effectiveness than values such as integrity, respect, and compassion. Over time, this can license unethical conduct.