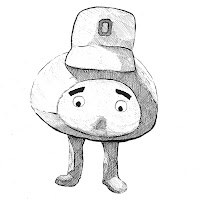 These off-field scandals were no secret back when Meyer was at Florida, and Ohio State showed that it was willing to look past them when it hired him a year after he left Gainesville.

It is evident that Ohio State kept Meyer because he wins, but the question still remains: Why did Ohio State fire Tressel after the 2011 tattoo scandal, but keep Meyer after knowing he kept a domestic abuser on his staff and lied about not knowing?

Tressel had a successful tenure as the Ohio State head coach from 2001-10 as he went 106-22 — 94-22 after NCAA sanctions — and won five Big Ten titles and one national title in 2002. Many would think that Ohio State would have kept Tressel just like it did with Meyer because he won, too.

The answer is simple. Meyer has been better for the Buckeyes than Tressel was. Tressel was one of the top coaches in the country at Columbus and any program would have taken him if he was on the market, but Meyer was better.

Meyer retired from coaching in 2010 because of health and family reasons. About six months later, Tressel was forced out by Ohio State because of NCAA violations. An explanation for Tressel’s termination was that Meyer was on the market and Ohio State knew it had a chance to get the coach it always wanted.