The Genetics (and Ethics) of Making Humans Fit for Mars 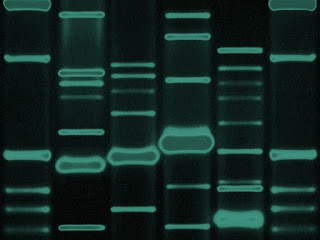 In the first stage of his plan, Mason is combining human cells with a gene called Dsup, unique to the indestructible tardigrade, that suppresses DNA breaks from radiation. Tardigrades can survive the vacuum of space; perhaps their genes might make us more fit for space, too. His lab has also created an artificial construct of the gene p53, involved in preventing cancer, which it hopes later to insert into a human cell. Elephants have many copies of p53 and seldom die from cancer; adding copies of p53 to human genomes might protect us from space radiation. Mason’s less speculative research includes editing Deionococcus radiodurans, sometimes called “Conan the bacterium,” a polyextremophile that can survive cold, dehydration, acid, and very high levels of radiation, the last by rewriting its damaged chromosomes. Mason wants the microbe to live as flora on our skin or in our guts, or on the surfaces of spaceships, protecting us from the deadly rays of space. “The microbiome is an extraordinarily plastic thing,” he says.

Some researchers have proposed more science-fictional projects. Harris Wang of Columbia wants to coax human kidney cells to synthesize the nine amino acids our bodies cannot make. A human cell able to synthesize all the organic compounds needed for health would require around 250 new genes, but if our tissues were made of such cells, astronauts could thrive by drinking just sugar water, a liberating adaptation: Missions wouldn’t have to lug bulky food or send it on ahead. Other scientists have suggested photosynthetic spacefarers, or editing the personalities of the space corps, so that they fearlessly longed for the high frontier because it was their true terminus.