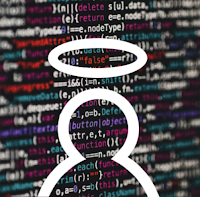 Google recently lost the 'Don't be Evil' from its Code of Conduct documents but what were once guiding words now appear to be afterthoughts, and they aren't alone. From drone use to deals with the immigration services, large tech companies are looking to monetise their creations and who can blame them - projects can cost double digit millions as companies look to maintain an edge in a continually evolving marketplace. Employees are not without a conscience it seems, and as talent becomes the one thing that companies need in this war, that power needs to wielded, or we risk runaway train scenarios. If you want an idea of where things could go read this.

China is using AI software and facial recognition to determine who can travel, using what and where. You might think this is a ways away from being used on US or UK soil, but you'd be wrong. London has cameras on pretty much all streets, and the US has Amazon's Rekognition (Orlando just abandoned its use, but other tests remain active). Employees need to be the conscious of large entities and not only the ACLU or civil liberties inclined. From racist AI to faked video using machine learning to create better fakes, how you form technology matters as much as the why. Google has already mastered the technology to convince a human it is not talking to a robot thanks to um's and ah's - Google's next job is to convince us that is a good thing.