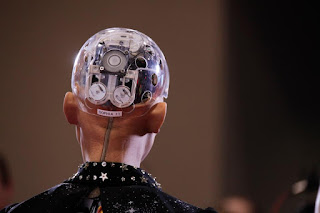 Back to the ethics problem: Some sort of bias is sadly inevitable in programming. “We humans all have a bias,” said computer scientist Ehsan Hoque, who leads the Human-Computer Interaction Lab at Rochester University. “There’s a study where judges make more favorable decisions after a lunch break. Machines have an inherent bias (as they are built by humans) so we need to empower users in ways to make decisions.”

For instance, Walworth's way of empowering his choices is by being conscious about what AI algorithms show him. “I recommend you do things that are counterintuitive,” he said. “For instance, read a spectrum of news, everything from Fox to CNN and The New York Times to combat the algorithm that decides what you see.” Use the Cambridge Analytica election scandal as an example here. Algorithms dictated what you’d see, how you’d see it and if more of the same got shown to you, and were manipulated by Cambridge Analytica to sway voters.

The move to a consciousness of ethical AI  is both a top-down and bottoms up approach. “There’s a rising field of impact investing,” explained Walworth. “Investors and shareholders are demanding something higher than the bottom line, some accountability with the way they spend and invest money.”