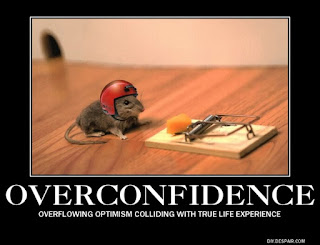 Finally and more promisingly, the researchers found some evidence that belief superiority can be dented by feedback. If participants were told that people with beliefs like theirs tended to score poorly on topic knowledge, or if they were directly told that their score on the topic knowledge quiz was low, this not only reduced their belief superiority, it also caused them to seek out the kind of challenging information they had previously neglected in the headlines task (though the evidence for this behavioural effect was mixed).

The studies all involved participants accessed via Amazon’s Mechanical Turk, allowing the researchers to work with large samples of Americans for each experiment. Their findings mirror the well-known Dunning-Kruger effect – Kruger and Dunning showed that for domains such as judgments of grammar, humour or logic, the most skilled tend to underestimate their ability, while the least skilled overestimate it. Hall and Raimi’s research extends this to the realm of political opinions (where objective assessment of correctness is not available), showing that the belief your opinion is better than other people’s tends to be associated with overestimation of your relevant knowledge.