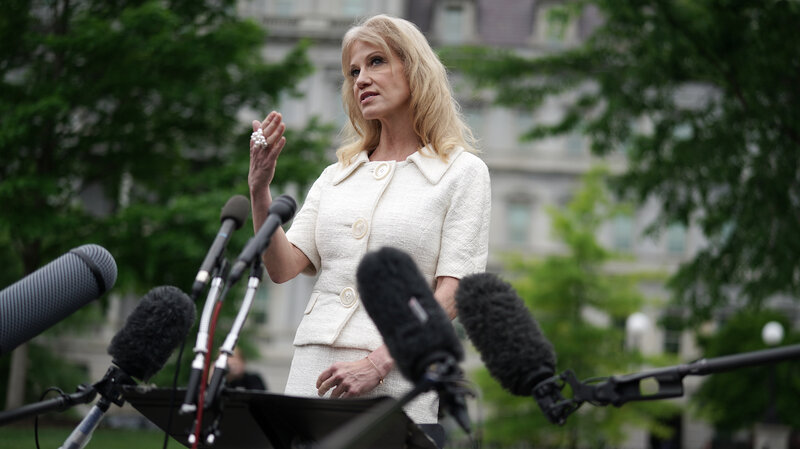 Presidential adviser Kellyanne Conway has repeatedly criticized Democratic candidates in her official capacity in violation of the Hatch Act and should lose her job, according to the U.S. Office of Special Counsel.

"As a highly visible member of the Administration, Ms. Conway's violations, if left unpunished, send a message to all federal employees that they need not abide by the Hatch Act's restrictions. Her actions thus erode the principal foundation of our democratic system — the rule of law," the office wrote to President Trump.

OSC is an independent federal ethics agency that has no relationship with former Department of Justice special counsel Robert Mueller's investigation into Russian interference with the 2016 election.

The Hatch Act forbids executive branch employees from taking part in political activities while engaged in their official duties.

In March 2018, the ethics agency found Conway broke the law twice in interviews about the Alabama Senate race. The new report focuses on her commentary on Democratic presidential candidates. It cites examples of her rhetoric, including suggesting Sen. Cory Booker of New Jersey was "sexist" and alleging that former Vice President Joe Biden was unwilling to be "held to account for his record."