Life on the slippery Earth 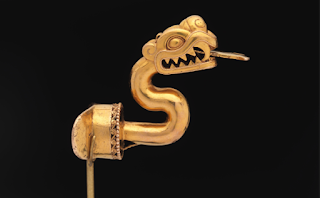 At its core, Aztec virtue ethics has three main elements. One is a conception of the good life as the ‘rooted’ or worthwhile life. Second is the idea of right action as the mean or middle way. Third and final is the belief that virtue is a quality that’s fostered socially.

When I speak about the Aztecs – the people dominant in large parts of central America prior to the 16th-century Spanish conquest – even professional philosophers are often surprised to learn that the Aztecs were a philosophical culture. They’re even more startled to hear that we have (many volumes of) their texts recorded in their native language, Nahuatl. While a few of the pre-colonial hieroglyphic-type books survived the Spanish bonfires, our main sources of knowledge derive from records made by Catholic priests, up to the early 17th century. Using the Latin alphabet, these texts record the statements of tlamatinime, the indigenous philosophers, on matters as diverse as bird-flight patterns, moral virtue, and the structure of the cosmos.

To explain the Aztec conception of the good life, it’s helpful to begin in the sixth volume of a book called the Florentine Codex, compiled by Father Bernardino of Sahagún. Most of the text contains edifying discourses called huehuetlatolli, the elders’ discourses. This particular section records the speeches following the appointment of a new king, when the noblemen appear to compete for the most eloquent articulation of what an ideal monarch should be and do. The result is a succession of speeches like those in Plato’s Symposium, wherein each member tries to produce the most moving expression of praise.