Super-smart designer babies could be on offer soon. But is that ethical? 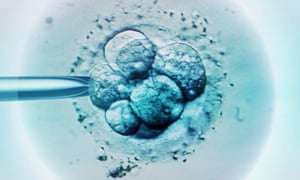 
Before we start imagining a Gattaca-style future of genetic elites and underclasses, there’s some context needed. The company says it is only offering such testing to spot embryos with an IQ low enough to be classed as a disability, and won’t conduct analyses for high IQ. But the technology the company is using will permit that in principle, and co-founder Stephen Hsu, who has long advocated for the prediction of traits from genes, is quoted as saying: “If we don’t do it, some other company will.”

The development must be set, too, against what is already possible and permitted in IVF embryo screening. The procedure called pre-implantation genetic diagnosis (PGD) involves extracting cells from embryos at a very early stage and “reading” their genomes before choosing which to implant. It has been enabled by rapid advances in genome-sequencing technology, making the process fast and relatively cheap. In the UK, PGD is strictly regulated by the Human Fertilisation and Embryology Authority (HFEA), which permits its use to identify embryos with several hundred rare genetic diseases of which the parents are known to be carriers. PGD for other purposes is illegal.