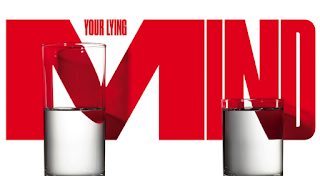 Because biases appear to be so hardwired and inalterable, most of the attention paid to countering them hasn’t dealt with the problematic thoughts, judgments, or predictions themselves. Instead, it has been devoted to changing behavior, in the form of incentives or “nudges.” For example, while present bias has so far proved intractable, employers have been able to nudge employees into contributing to retirement plans by making saving the default option; you have to actively take steps in order to not participate. That is, laziness or inertia can be more powerful than bias. Procedures can also be organized in a way that dissuades or prevents people from acting on biased thoughts. A well-known example: the checklists for doctors and nurses put forward by Atul Gawande in his book The Checklist Manifesto.

Is it really impossible, however, to shed or significantly mitigate one’s biases? Some studies have tentatively answered that question in the affirmative. These experiments are based on the reactions and responses of randomly chosen subjects, many of them college undergraduates: people, that is, who care about the $20 they are being paid to participate, not about modifying or even learning about their behavior and thinking. But what if the person undergoing the de-biasing strategies was highly motivated and self-selected? In other words, what if it was me?