The Link Between Self-Dehumanization and Immoral Behavior 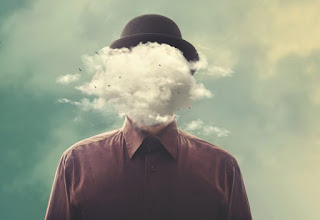 After establishing that unethical behavior can increase self-dehumanization, the researchers then carried out a second set of studies designed to test whether self-dehumanization may also lead to unethical behavior. Across all three studies, participants completed the writing assignment described above before deliberating over a moral choice. Those in the self-dehumanization condition were found both to cheat more when asked to self-report the results of a coin flip in exchange for cash, and to assign partners to the more difficult of two available tasks.

Finally, the researchers tested their full model of self-dehumanization on a sample of 429 students. Participants first predicted a series of seemingly random coin flips. Unbeknownst to them, the results in the neutral condition were rigged so that the participants’ predictions always matched the coin flips. In the possibility-of-cheating condition, however, the results were rigged to always be inconsistent with the coin flips, followed by an erroneous message announcing that they had guessed correctly.

Participants in the cheating condition then had a choice: they could either click a box on the screen to report the “technical issue,” or they could collect their ill-begotten $2 reward for an accurate prediction. Of the 293 participants in this condition, 134 chose to take the money.

After reporting their levels of self-dehumanization and completing a filler task, participants then completed an anagram test in which those in the possibility-of-cheating condition had another chance to misreport their results. As the researchers suspected, people who chose to take money they did not deserve in the first task reported higher self-dehumanization, and were more likely to cheat in the final task as well.