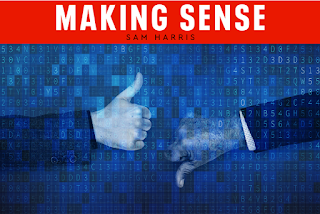 In this episode of the Making Sense podcast, Sam Harris speaks with Roger McNamee about his book Zucked: Waking Up to the Facebook Catastrophe.

Roger McNamee has been a Silicon Valley investor for thirty-five years. He has cofounded successful venture funds including Elevation with U2’s Bono. He was a former mentor to Facebook CEO Mark Zuckerberg and helped recruit COO Sheryl Sandberg to the company. He holds a B.A. from Yale University and an M.B.A. from the Tuck School of Business at Dartmouth College.

The podcast is here.

The fundamental ethical problems with social media companies like Facebook and Google start about 20 minutes into the podcast.