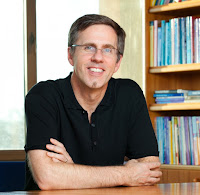 A prolific researcher, Mr. Schunn, pulled in more than $50 million in 24 NSF grants over the past 20 years, as well as another $25 million in 24 other grants from the military and private foundations, most of it researching how people learn, according to his personal web page.

Now, according to the government, Mr. Schunn must “provide certifications and assurances of truthfulness to NSF for up to five years, and agree not to serve as a reviewer, adviser or consultant to NSF for a period of three years.”

But all that may be the least of the fallout from Mr. Schunn’s settlement, according to a fellow researcher who worked on a grant with him in the past.

Though the settlement only involved fraud accusations on four NSF grants from 2006 to 2016, it will bring additional scrutiny to all of his work, not only of the grants themselves, but results, said Joseph Merlino, president of the 21st Century Partnership for STEM Education, a nonprofit based in Conshohocken.

“That’s what I’m thinking: Can I trust the data he gave us?” Mr. Merlino said of a project that he worked on with Mr. Schunn, and for which they just published a research article.

Note: The article refers to Dr. Schunn as Mr. Shunn throughout, even though he has a PhD in Psychology at Carnegie Mellon University.