‘The New Paradigm,’ Conscience and the Death of Catholic Morality 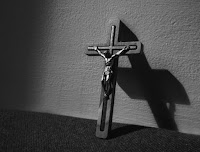 Vatican Secretary of State Cardinal Pietro Parolin, in a recent interview with Vatican News, contends the controversial reasoning expressed in the apostolic exhortation Amoris Laetitia (The Joy of Love) represents a “paradigm shift” in the Church’s reasoning, a “new approach,” arising from a “new spirit,” which the Church needs to carry out “the process of applying the directives of Amoris Laetitia.”

His reference to a “new paradigm” is murky. But its meaning is not. Among other things, he is referring to a new account of conscience that exalts the subjectivity of the process of decision-making to a degree that relativizes the objectivity of the moral law. To understand this account, we might first look at a favored maxim of Pope Francis: “Reality is greater than ideas.”

It admits no single-dimensional interpretation, which is no doubt why it’s attractive to the “Pope of Paradoxes.” But in one area, the arena of doctrine and praxis, a clear meaning has emerged. Dogma and doctrine constitute ideas, while praxis (i.e., the concrete lived experience of people) is reality: “Ideas — conceptual elaborations — are at the service of … praxis” (Evangelii Gaudium, 232).