What should I call myself? 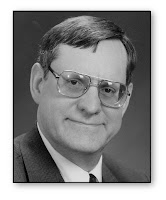 Samuel Knapp, EdD, ABPP
Director of Professional Affairs
The names and titles that psychologists use, the clothes that they wear, and the decor in their offices are part of the “public self-disclosure” of the psychologist. That is, psychologists convey something about themselves and their relationships with their patients by the names and titles they use, the way they dress, and the way their offices are decorated.
How should psychologists refer to themselves in professional settings? Should psychologists who have doctorates always refer to themselves as “doctor;” should they refer to themselves by their first name; or should they use some other mode of address? Do psychologists who fail to insist on using the title “doctor” diminish the profession or fail to recognize the substantial academic and personal accomplishment involved in becoming a psychologist? After all, physicians refer to themselves as “doctor.” Or, does insisting on the title “doctor” reflect elitism, classism, or an assertion of power or privilege over another person?
Dr. Richard Small usually introduces himself as Dr. Small. When asked what he prefers to be called, he responds “either Rick or Dr. Small.” When she meets with adults for the first time, another psychologist introduces herself with her full name, but does not use her title (which is on her business card and on her office door). She asks patients what they would like to be called and follows a pattern of mutuality in titles. She says “If you would prefer to be called by your first name, you may call me by mine. If you would prefer that I use a courtesy title to address you, you may use mine.” Both of these approaches allow adult patients to use (and to be called by) whichever name or title appears comfortable for them, and recognizes that individuals vary in their comfort with titles, which often differ according to age, social background, or perceptions of courtesy. Sometimes when given an option, patients will adopt a middle ground and refer to the psychologist as “Dr. Sam,” “Dr. K.,” or some other polite variation. Giving adult patients options of what name to use also avoids the appearance of trying to establish a hierarchy of power or distance between individuals. The assumption is that the effectiveness of therapy will occur because of the quality of the relationship and the effectiveness of the therapeutic intervention.
The use of titles and names depends a lot on context, and it is impossible to establish one rule for all situations. Although insisting that patients use the title “doctor,” in and of itself, is unlikely to cure many patients, at times it may be clinically indicated to do so. One attractive woman psychologist initially refers to herself as “doctor” when working with men to ensure that they do not misconstrue the use of her first name as an invitation to enter into inappropriate boundary crossings. However, she allows women or men she knows well who do not appear to have boundary issues to call her by her first name. Also, it is generally considered bad manners for children to refer to adults by their first name (other than relatives, such as “Aunt Sally,” or “Uncle John”), although this standard has become weakened in recent years. Some psychologists will allow children to call them “Dr. First Name,” which balances familiarity with respect for the adult.
Of course, patients who usurp the right to use first names may be showing clinical features of relevance. For example, a psychologist who conducts child custody evaluations notes that some fathers will use his first name at their first meeting or even the first phone call, which he interprets as an effort to create a male-to-male bond or alliance in the relationship. Rebellious adolescents may also use first names as a way to assert power or defiance of authority. The appropriate response may vary according to the situation and patient dynamics, but the overriding goal should be to respond in a manner consistent with overarching ethical values that promote professional goals in the context of a supportive but structured relationship.