The Ethics of Leadership in Psychology 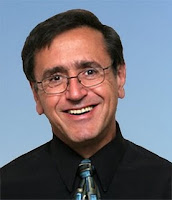 Stephen A. Ragusea, Psy D, ABPP
Guest Blog
It is often said that psychologists have the most complex and demanding set of ethics of all the professions.  Whether or not that is so, we are clearly obligated to behave ethically in our professional lives, and certainly providing leadership is part of that professional existence.
The essence of leadership may be examined in a variety of ways (Thompson 2008) and the ethics of leadership in the field of psychology may similarly be perceived from different perspectives.  Think about the problems caused by ethical mistakes made by leaders that are now significant parts of our collective history. For example, the words Nixon, Enron, and Madoff bring forth a flood of memories about ethical breaches of leadership that clearly impacted the recent past.  Within psychology, the name Abu Ghraib now has special meaning and the debate within psychology about our leadership role there is ongoing.  Of course, these are extreme examples provided to emphasize the importance of ethical leadership.
As psychologists, our Ethical Standards provide us with much general guidance.  We are advised by our Ethical Principles that in all our work as psychologists we should act with “Beneficence… Fidelity and Responsibility… Integrity… Justice… and…Respect for People’s Rights and Dignity….” That’s a significant list of demands. We’re just human beings, after all.  But, we psychologists tend to demand a lot from ourselves.
It is noteworthy and perhaps surprising that nothing in the Ethical Principles of Psychologists and Code of Conduct (2002) specifically addresses our leadership roles. Yet, psychologists function in leadership positions wherever they work and that includes their efforts within psychological organizations.  So, we must look to other sources for guidance on leadership ethics.
A literature review quickly reveals that little psychological research has been done on ethics in leadership, despite its importance in our world. In fact, it seems that the subject of ethical leadership is more likely to be considered by business scholars than psychologists.  However, there has been some research and scholarly writing done by psychologists, which we can peruse.
On a fundamental level, we psychologists seem to agree that leadership may be described as a “basic tension between altruism and egoism.  That is, some leaders balance the development of themselves and their subordinates, raising the aspirations of both the leaders and the led in the process…. Other leaders wield power to satisfy their own needs and have little regard for either helping the development of their subordinates or behaving in socially constructive ways.” (Turner 2002).
When considering ethical matters, both psychologists and business professionals tend to embrace models of leadership such as Transformational Leadership. Within that model, leaders provide a vision for change and then endeavor to inspire the other members of the group to pursue that transforming vision.  This model is seen as morally superior and stands in contrast to other models of leadership that involve the direct control of others through coercive transactions.   Such transactional models are tempting for a variety of reasons.  For example they have the advantage of being, at least temporarily, expedient.
Indeed, transactional leadership has been utilized in organizations and nations throughout history and is very often effective for a limited time.  Such was the case with Attila, who served as King of the Huns from 433-453 (Wess 1989).   However, as Gandhi pointed out, “all through history…there have been tyrants…and for a time they seem invincible but in the end, they always fall.  Think of it, always.” Therefore, from both ethical and effectiveness perspectives, it appears that more altruistic leadership based on inspiration is usually superior to self-centered intimidation in most realms.
For that reason alone, it is would be wise for all of us involved in leadership roles to remember that we are primarily there to serve our profession and our patients, not ourselves.  And, research suggests that we lead best by sharing a vision that inspires others to action.  In so doing, we embrace our core ethical principles of “Beneficence… Fidelity and Responsibility… Integrity… Justice… and…Respect for People’s Rights and Dignity….” And, that is our ethical obligation.
References
American Psychological Association. (2002). Ethical principles of psychologists and code of conduct. American Psychologist,Vol. 57, 1060-1073.
Roberts, Wess (1989). Leadership Secrets of Attila the Hun, New York, Warner Books.
Thompson, A.D., Grahek, M., and Ryan, E.P. (2008).  The Search for Worthy Leadership.  Consulting Psychology Journal: Practice and Research. Vol. 60, 4, 366-382.
Turner, N., Barling, J., Epitropaki, O., Butcher, V. and Milner, C. (2002). Transformational Leadership and Moral Reasoning.  Journal of Applied Psychology.  Vol. 87, 2, 304-311.