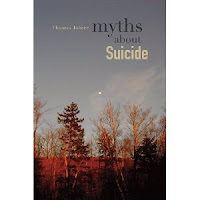 Chair of the Ethics Committee
In Thomas Joiner's book, Myths About Suicide, he notes that suicide risk is related, in part, to a person's sense of connection with other individuals.  This factor is not the only or main factor in determining risk for suicide, but an important clinical variable in the assessment process.  When an individual reports stronger interpersonal connections with others or a greater the sense of belonging to a group, there is a lower likelihood of an individual committing suicide.  He gives numerous examples in his book (as well as other pertinent risk factors when assessing suicide).
The reason to post about social connectedness and suicide relates to a study to be presented to the American Psychiatric Association on military unit cohesion and suicidal ideation.  Here is a summary of the research:

Unit cohesion appears to be an important factor in determining whether soldiers think about suicide during a period after combat exposure, according to a study presented at the American Psychiatric Association Annual Meeting.

This brief description highlights how perceived social connection via group cohesion can the reduce the risk of suicidal ideation.  This study supports the research and writing of Dr. Joiner.

As an aside, I strongly recommend the book to every psychologist and psychologist-in-training due to his research and insights on suicidal ideation and behavior.