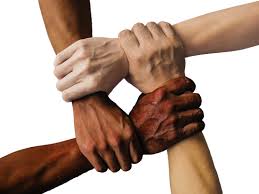 Earp, B. D., McLoughlin, et al.
(2020, September 18).
https://doi.org/10.31234/osf.io/e7cgq
Abstract
Our judgments of whether an action is morally wrong depend on who is involved and their relationship to one another. But how, when, and why do social relationships shape such judgments? Here we provide new theory and evidence to address this question. In a pre- registered study of U.S. participants (n = 423, nationally representative for age, race and gender), we show that particular social relationships (like those between romantic partners, housemates, or siblings) are normatively expected to serve distinct cooperative functions – including care, reciprocity, hierarchy, and mating – to different degrees. In a second pre- registered study (n = 1,320) we show that these relationship-specific norms, in turn, influence the severity of moral judgments concerning the wrongness of actions that violate cooperative expectations. These data provide evidence for a unifying theory of relational morality that makes highly precise out-of-sample predictions about specific patterns of moral judgments across relationships. Our findings show how the perceived morality of actions depends not only on the actions themselves, but also on the relational context in which those actions occur.
From the Discussion
Lewin famously argued that behavior is a product of the person and the situation. In a similar spirit, our data confirm that judgments of moral behavior cannot be understood solely with reference to a given act or actor, but rather, must be interpreted in light of the interaction between the parties. And crucially, the nature of their relationship--including the cooperative norms by which the relationship is governed in a given society --will typically be one of the most important situational factors in terms of explanatory power. Although relationship theorists have, for decades, worked to characterize the structural elements of various close relationships and have sometimes categorized relationships in terms of cooperative functions necessary for human thriving, here we systematically described lay perceptions of the ideal functional make-up of a wide range of common relationships. Moreover, we were able to use this information to make accurate out-of-sample predictions of moral judgments concerning a host of actions that are likely to occur in daily life. We hope that our approach will inspire further research in this vein, both theoretical and empirical, at the interface of relationship science and moral psychology. Ideally, such research will help to integrate and enrich work in both domains, which has so far remained largely separate.
From a theoretical perspective, one aspect of our current account that requires further attention is the reciprocity function. In contrast with the other three functions considered, relationship-specific functional expectations for reciprocity did not significantly predict relationship-specific judgments concerning reciprocity violations. Why might this be so? One possibility, suggested by previous research, is that the model we tested did not distinguish between two different types of reciprocity. In some relationships, such as those between strangers, acquaintances, or individuals doing business with one another, reciprocity takes a tit-for-tat form in which benefits are offered and accepted on a highly contingent basis. This type of reciprocity is transactional, in that resources are provided, not in response to a real or perceived need on the part of the other, but rather, in response to the past or expected future provision of a similarly valued resource from the cooperation partner. In this, it relies on an explicit accounting of who owes what to whom, and is thus characteristic of so-called “exchange” relationships.
The research is here.