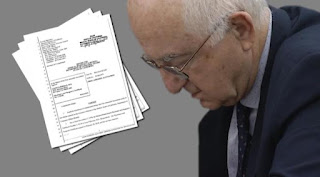 A former San Diego County psychiatrist who admitted to having sexual contact with seven female patients during office visits and sexual battery will not see any jail time.

Leon Fajerman, 75, was not sentenced to any jail time during his sentencing hearing Friday. Instead, the judge ordered Fajerman to serve house arrest for a year, pay an undetermined amount of restitution, and he must register as a sex offender.

He is eligible to have an ankle bracelet removed after six months of house arrest, pending good behavior.

Friday, victim impact statement's were read in court by the victims' attorney, who called the sentencing of no jail time absurd. Jessica Pride, an attorney representing two victims said they suffered from, “post-traumatic stress disorder, they are also suffering from anxiety, night terrors, insomnia, suicidal ideations.”