A Robot Goes to College 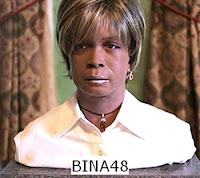 A robot called Bina48 has successfully taken a course in the philosophy of love at Notre Dame de Namur University, in California.

According to course instructor William Barry, associate professor of philosophy and director of the Mixed Reality Immersive Learning and Research Lab at NDNU, Bina48 is the world’s first socially advanced robot to complete a college course, a feat he described as “remarkable.” The robot took part in class discussions, gave a presentation with a student partner and participated in a debate with students from another institution.

Barry said that working with Bina48 had been a valuable experience for him and his students. “We need to get over our existential fear about robots and see them as an opportunity,” he said. “If we approach artificial intelligence with a sense of the dignity and sacredness of all life, then we will produce robots with those same values,” he said.