The Moral Fabric and Social Norms

A large majority now, as in the past, say moral values in the country are getting worse. Social conservatives, moderates, and liberals agree. At the same time, however, as these pages show, people accept some behaviors once thought wrong. Later in this issue, we look at polls on women’s experiences with sexual harassment, a topic which has drawn public scrutiny following recent allegations of misconduct against high profile individuals. 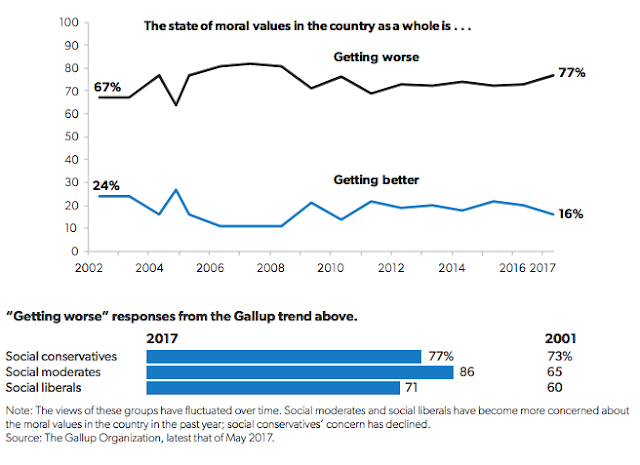 The rest of the statistics and information is here.