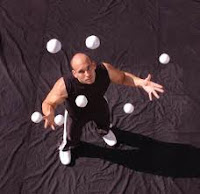 Dr. Smith is a psychologist who has worked with a young woman for about 9 months. The patient presents with a history of rejection and abandonment as well as persons of power misusing her. She recently received an offer to become a sales representative for a pharmaceutical company. The psychologist and patient discussed the type of job she was entering because she may experience rejection from doctors, nurses, and other office personnel.

After her 6 weeks of training, the company assigns her to a regional director that the psychologist knows personally. Along with the initial anxiety of the new job, her territory, and her boss, she reports a fear of failure and other anxiety related symptoms. The psychologist knows her new boss, Mr. Biggy. The psychologist seeks to reassure the patient that he, the psychologist, knows Mr. Biggy on a personal basis and that “he is a really a good guy” that seems bright, friendly, and fair. He indicates that Mr. Biggy is a good “family man”. The patient is reassured, and reported less anxiety. In actuality, Mr. Biggy’s wife is a very close friend of Dr. Smith’s wife. They have dinner as couples several times per year.

Several weeks into going on sales calls, your patient reports that Mr. Biggy is complimenting her on the way she looks and her ability to make the sale. They start spending more time together. However, she begins to feel uncomfortable as she feels like they are spending too much time together. Mr. Biggy starts asking questions that are more personal, forwards her “funny” emails, and texts some inappropriate remarks to her, mainly about her alluring power that helps make sales.

Mr. Biggy and Dr. Smith meet in an unplanned social venue. Mr. Biggy pulls Dr. Smith aside and explains how he has become very attracted to a new sales representative. He thinks that she is young and impressionable. He confides that he would like to have an affair with her.

Dr. Smith is now worried about the entire situation.

In hindsight, what triggered some possible difficulties in this situation?

What are the ethical issues involved in this scenario?

How are the client’s emotional and interpersonal issues related to the psychologist’s dilemma?