Twisted ethics of an expert witness

By Ken Armstrong and Maureen O'Hagan
Seattle Times staff reporters
Stuart Greenberg was at the top of his profession: a renowned forensic psychologist who in court could determine which parent got custody of a child, or whether a jury believed a claim of sexual assault. Trouble is, he built his career on hypocrisy and lies, and as a result, he destroyed lives, including his own. 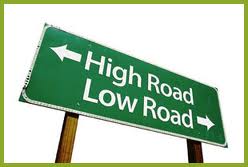 To uncover the secrets Stuart Greenberg had buried, The Seattle Times got court files unsealed in the superior courts of King and Thurston counties. Through a motion filed by the state Attorney General's Office, the newspaper also got an order lifted that barred public inspection of Greenberg's disciplinary history. Reporters obtained other documents — for example, Greenberg's emails at the University of Washington — through public-records requests, and interviewed colleagues of Greenberg, as well as parents he had evaluated.
Earlier this year, a four-page document with a bland title, "Stipulation for Dismissal with Prejudice," was filed in a civil matter percolating on the King County Courthouse's ninth floor. Hardly anyone took notice. Most everyone had moved on.
But that document — filed by lawyers tangled up in the estate of Stuart Greenberg, a nationally renowned psychologist whose life ended in scandal — signaled the end of a tortuous undertaking.
Greenberg had proved such a toxic force — a poison coursing through the state's court system — that it took more than three years for lawyers and judges to sift through his victims and account for the damage done.
For a quarter century Greenberg testified as an expert in forensic psychology, an inscrutable field with immense power. Purporting to offer insight into the human condition, he evaluated more than 2,000 children, teenagers and adults. His word could determine which parent received custody of a child, or whether a jury believed a claim of sexual assault, or what damages might be awarded for emotional distress.
At conferences and in classrooms, in Washington and beyond, he taught others to do what he did. He became his profession's gatekeeper, quizzing aspirants, judging others' work, writing the national-certification exam. His peers elected him their national president.
But his formidable career was built upon a foundation of hypocrisy and lies. In the years since Greenberg's death, while court officials wrestled over his estate, The Seattle Times worked to unearth Greenberg's secrets, getting court records unsealed and disciplinary records opened.
Those records are a testament to Greenberg's cunning. They show how he played the courts for a fool. He played state regulators for a fool. He played his fellow psychologists for a fool. And were it not for a hidden camera, he might have gotten away with it.
*     *     *     *     *     *     *
The entire story can be found here.
Special thanks to Ken Pope for this story.